A freelance television writer typically uses spec scripts or previous credits and reputation to obtain a contract to write one or more episodes for an existing television show. After an episode is submitted, rewriting or polishing may be required. 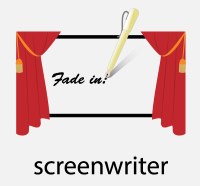 A staff writer for a TV show generally works in-house, writing and rewriting episodes. Staff writers—often given other titles, such as story editor or producer—work both as a group and individually on episode scripts to maintain the show’s tone, style, characters, and plots.

Television show creators write the television pilot and bible of new television series. They are responsible for creating and managing all aspects of a show’s characters, style, and plots. Frequently, a creator remains responsible for the show’s day-to-day creative decisions throughout the series run as showrunner, head writer or story editor.

The process of writing for soap operas and telenovelas is different from that used by prime time shows, due in part to the need to produce new episodes five days a week for several months. In one example cited by Jane Espenson, screenwriting is a “sort of three-tiered system”:

a few top writers craft the overall story arcs. Mid-level writers work with them to turn those arcs into things that look a lot like traditional episode outlines, and an array of writers below that (who do not even have to be local to Los Angeles), take those outlines and quickly generate the dialogue while adhering slavishly to the outlines.

Espenson notes that a recent trend has been to eliminate the role of the mid-level writer, relying on the senior writers to do rough outlines and giving the other writers a bit more freedom. Regardless, when the finished scripts are sent to the top writers, the latter do a final round of rewrites. Espenson also notes that a show that airs daily, with characters who have decades of history behind their voices, necessitates a writing staff without the distinctive voice that can sometimes be present in prime-time series.

Game shows feature live contestants, but still use a team of writers as part of a specific format. This may involve the slate of questions and even specific phrasing or dialogue on the part of the host. Writers may not script the dialogue used by the contestants, but they work with the producers to create the actions, scenarios, and sequence of events that support the game show’s concept.

Please note, Every step and every decision you make as a result of using the application or site is at your own risk and responsibility. Our Privacy Policy. some of the content is available thanks to open source external writers. We thank the authors .